Posted on September 6, 2014 by marriageonamission 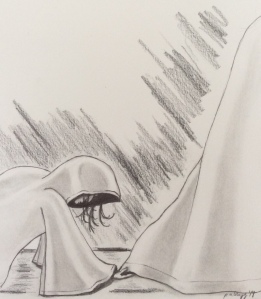 Even though we have numerous events schedule during our mission trips, it is often what happens in between the engagements that becomes so very… significant. As I sit and ponder all that God has done in these first five days, it is one woman’s e-mail that I simply cannot shake. She has been on an extremely painful journey for many years. Despite much prayer and travail, instead of getting better, things have actually gotten worse. What do you do with that? And the end of her e-mail she closed by writing the following words: “Still bleeding after all these years.”

Been there. I knew exactly what she meant. For years I prayed that my brother would be healed from the mental illness that gnawed at his mind and soul. I fasted and I prayed. I prayed and I fasted. And still things got worse, not better. But during those years, I found comfort, perseverance, and tenacity in the story of the woman who bled out (quite literally) for well over a decade. Despite her many attempts to get well, nothing worked and she spent every cent she had. With absolutely NOTHING left to lose, she reached out for what was perhaps one last time.

“When she heard about Jesus, she came behind Him in the crowd and touched His garment. For she said, ‘If only I may touch His clothes, I shall be made well.’ Immediately the fountain of her blood was dried up, and she felt in her body that she was healed of the affliction.” Mark 5:27-29 NKJV

When things go from bad to worse, may we have the faith to reach beyond ourselves and grab hold of the One who bled out for us all.

This entry was posted in Uncategorized. Bookmark the permalink.

2 Responses to Day 5 – From Bad to Worse